The Blue Book Project, supported by Arts Council England, is about developing Jewish choral repertoire and bringing it to a much wider public.

The project was launched on BBC Radio 3 last October with a call-out to composers of different faiths and cultural backgrounds to submit works with a view to being commissioned to write new music for Mosaic Voices. The submissions were judged blind by our jury and more details about the winning composers are below.

a cross-fertilisation of music at a time when this
kind of bridge-building feels more important than ever.

The creation of four new compositions has enabled a cross-fertilisation of music at a time when this kind of bridge-building feels more important than ever. It’s a rare opportunity for composers from diverse backgrounds to learn more about the unique sound world of Jewish sacred music as well as to bring their own musical influences to help enrich our little-known Jewish choral music repertoire. The four new works were given their world premieres in live concert on Sunday 16th February at New West End Synagogue.

Each composer was charged with composing a major sacred work that can also be used as part of synagogue services at New West End Synagogue where Mosaic Voices is the resident choir. All the composers took part in workshops to introduce them to Jewish modes and motifs and the meaning and structure of the chosen texts. The fourth setting is by our Composer in Residence, Benjamin Till.

The second part of the project is about creating a supplement of new transcriptions of the key work of Jewish choral music, ‘The Blue Book’. Created more than a century ago at New West End Synagogue, many of these melodies are still sung across the world. However Victorian printing techniques and changes in Hebrew pronunciation have made the book almost impossible to decipher for modern readers. As a result, many important songs have been slipping out of usage.

The new online supplement will make them accessible to choirs and musicians, amateur and professional. We are also providing online learning aids so you don’t need to be able to read music. The new Blue Book Supplement, the first since 1933, will include around 60 works for male voice choir, including updates of original Blue Book music alongside modern Orthodox settings, and featuring our four world premieres.
Four New Compositions 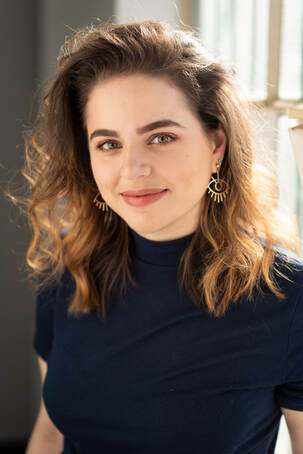 "My starting point for this work came from the text: Sim Shalom is a prayer for peace, however, the call to grant peace is something that also implies its opposite. Therefore, it didn’t feel right for me to write something merely festive – I wanted to depict the light as well as the shade; the idea of peace, but also what might be behind it. The sound I was aiming for was one of warmth, but also depth: the tensions of dissonances in the chords are released in moments of clarity. I wanted to refer to traditional modes and ornamentations without sitting squarely in any of these modes, allowing the music to go somewhere else.
​
Writing for Tenor-Tenor-Baritone-Bass configuration allowed me to conceive of the ensemble in so many different ways. In some sections, the choir truly acts as an organism, whereas in other parts, the music is made by the winding-together of different strands. Often, the melodies spread like branches from the one note – a benefit of writing for voices of a similar register. I wanted the orchestration of the ensemble to support contrasting ideas of unity and diversity.
Working with Mosaic Voices was such a joy – Michael patiently endured my questions about the ensemble, and in our discussions, we were really able to get into the nuts and bolts of the group, and the history of the text. I am very grateful for the freedom I was given to explore the text in my own way.

This is my response to the text – a modern meditation on peace." 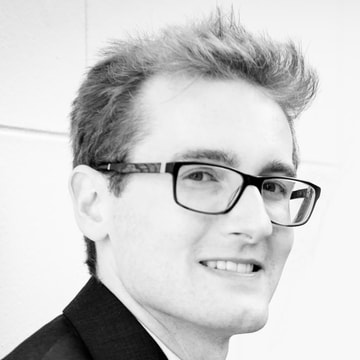 "Elokeinu is my first choral piece fully written in Hebrew, and sets a liturgical prayer used on Shabbat, asking for blessing on the day of rest. The piece uses the Jewish liturgical practice of call-and-response as a means of unfolding its dialogue. Musical phrases are passed between the lower and upper voices, gradually overlapping until the choir sings together for the powerful closing petitions of the prayer. The opening and closing melodies use supple rhythmic shapes to suggest the cantillations of chanting, while the central materials are built from a choral texture.
It was a pleasure to work with Michael Etherton and Mosaic Voices on this commission, and I appreciate their help with the setting of Hebrew, and the time they took to explain the features of traditional Jewish singing." 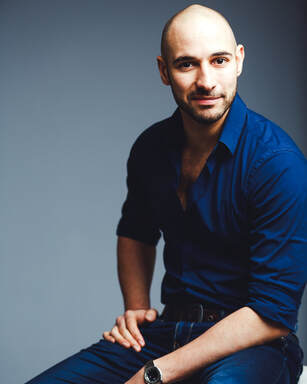 "It has been such an honour for me to compose this setting of Eitz Chayim for Mosaic Voices. As a Catholic and former cathedral chorister I have spent much of my life in places of worship, singing liturgical music; but it has been a rare privilege to visit the beautiful New End Synagogue and immerse myself in culture and traditions unknown to me. It is perhaps a cliché, but I was particularly excited to use the Ahava Rabbah mode; it is a scale so richly associated with Judaism that I’d almost never get the opportunity to write in it for any other purpose.

This Tree of Life grows out of a single note. After the cantor declaims the opening words, the roots of the tree curl down through the lower voices, and its branches grow upwards towards heaven. The voices separate then, each on their own path, uniting again for the word ‘peace’. A moment of great yearning follows; the voices reaching ever upward as the name of G-d is invoked, before returning, like the roots of the tree, to the earth." 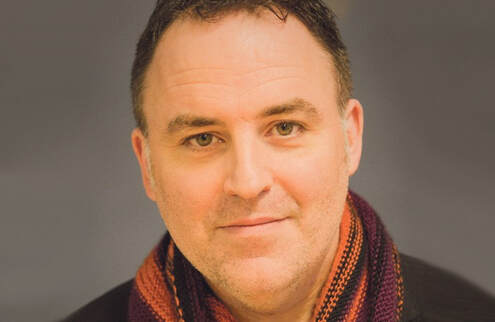 "The Finchley Kedusha was written, unsurprisingly, in Finchley, North London during Chanukah, 2019.  I have long wanted to set the full Kedusha text: it forms such an important part of the Orthodox Jewish shabbat service, so getting it right is hugely important. The Kedusha text is quite a beast! To create a working musical structure, you have to be incredibly firm with the words whilst respecting them and understanding their significance! I wanted to move away from the old school chazanut repertoire which forms the basis of most Kedusha settings. In these works, the cantor is often given free range to show off for endless bars of meandering semi-improvisation. I was keen to write a piece with a strong melody running all the way through it - and specifically wrote this melody for Marc Joseph, who, like me, has a background in musical theatre, so is used to singing big tunes with emotion and drama! I feel incredibly lucky to sing every week at the stunning New West End Synagogue and am thrilled to be working as Mosaic Voices’ resident composer."