Mosaic Voices, founded by its Musical Director, Michael Etherton, is a British a cappella vocal ensemble dedicated to performing, recording, filming and commissioning music from the Jewish tradition. It is the resident choir of one of Europe's most beautiful synagogues, the New West End Synagogue in London. In 2020, Mosaic Voices launched The Blue Book, a major new volume of choral works, arrangements and transcriptions of music from the British-Jewish tradition. Mosaic Voices' first album, The Blue Book, was released in 2018. The group's latest album, Letter to Kamilla, was released by Chandos Records on January 21st 2022. Mosaic Voices regularly commissions new music, including from its Composer in Residence, Benjamin Till, and has been broadcast several times on BBC Radio 3 and Classic FM. Recent live performances include at the Almeida Theatre, London.
​
​Mosaic Voices is a registered charity No. 1192386.
​
For concerts and other bookings please contact us.
​ 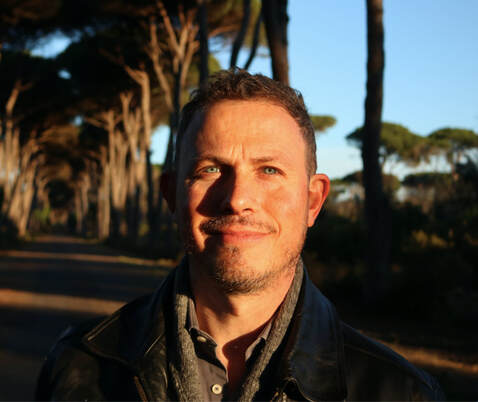 Michael Etherton was a Music Scholar at Balliol College, Oxford, where he also read Jurisprudence. He has a performance diploma in cello from Trinity College of Music and studied orchestral conducting at the Jerusalem Rubin Academy of Music under the then Chief Conductor of the New Israeli Opera, Mendi Rodan. He has worked as freelance conductor with orchestras and choirs including the Czech National Symphony Orchestra, the Israel Camerata Orchetsra and, pursuing his passion for Jewish music, he was Musical Director of the London Jewish Male Choir from 2004-2012 and Musical Director of the Alyth Choral Society from 2010-2013. In 2012 he established Mosaic Voices as the Resident Choir of the New West End Synagogue in Bayswater, London. With Mosaic Voices he has released two albums, The Blue Book and Letter to Kamilla, and been broadcast on BBC Radio3's In Tune programme and on Classic FM. His second album, Letter to Kamilla, is released by Chandos Records. He is Chief Executive of UK Jewish Film and Chairman of the Young Actors Theatre, Islington. He is a Fellow of the Royal Society of Arts. 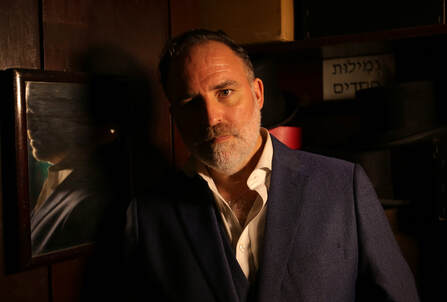 Benjamin Till
Composer in Residence

Multi-award-winning composer/ director, Benjamin Till, grew up in the Midlands, and studied composition at York University, before training as a theatre director at Mountview School. Benjamin worked in theatre for ten years before moving into the world of TV film where he became an innovator in the field of the documentary musical, in which ordinary people tell their own stories through music and song. He composed and directed 15 musical films including: Coventry Market: the Musical (BBC) A1: The Road Musical (Channel 4, Grierson nominated, best newcomer 2008), The Busker Symphony (Channel 4) Tyne and Wear Metro: The Musical (BBC) A Symphony for Yorkshire (BBC – winner Prix de Circom and three RTS Awards including best music) and Songs From Hattersley. His most recent film, 100 Faces, has been screened in festivals around the world and won gold at the Robinson International Film Competition.

He is the co-composer, conceiver and one of the grooms of the BAFTA- nominated, Our Gay Wedding: the Musical. The show won the Grierson award for Best Entertaining Documentary 2014, a Prix Italia and a Rose D’or. It was nominated for thirteen major awards including TV moment of the year at the Guardian TV Awards and the BAFTA for Specialist Factual and is considered one of Channel 4’s most successful ever broadcasts.

Benjamin wrote the stage musical Brass for the National Youth Music Theatre. It won the UK Theatre Award for Best Musical Production for its original production at the Leeds Cities Varieties Theatre in 2014. The show is published by Rodgers and Hammerstein Theatricals and has its professional London debut in 2018 where it received glowing reviews. He has just been commissioned to turn the show into a screenplay.
At the start of 2016, Benjamin and his husband, Nathan were commissioned by Sky Arts to “curate and write” the first ever “computer-written” musical. Beyond The Fence had a two-week run in the West End was broadcast, in full, by Sky Arts. It was also the subject of two, hour-long documentaries entitled Computer Says Show.

Benjamin is a notable composer of classical choral music. His Nene composition was performed by 800 musicians at the Royal Albert Hall, and The London Requiem, a setting of gravestone inscriptions, was performed at Abney Park cemetery and screened live by the BBC. He is the Resident Composer for Mosaic Voices, a choir specialising in sacred Jewish music, based at the New West End Synagogue in Bayswater.
CD releases: The London Requiem, Four Colours, original cast recordings of Brass and Em and Pepys Motet/ Oranges and Lemons.